My tomatoes are doing well. Here they are, happily in their final pots: 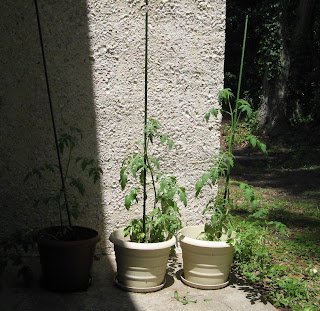 And here are some future tomatoes (hopefully): 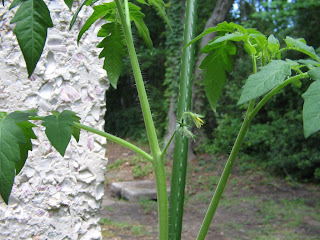 I haven't decided where they're going when I move, but they probably won't be able to come with me. But that's okay, I have more seeds for later. :)

We Can Haz Health Care Now?

A hypothetical scenario: Joe Blow is informed that he is being laid off. Shortly after, he discovers an unusual lump in his leg. What happens next?

Well, if Joe Blow lived in any first world country other than the U.S., he would go to a doctor, get it diagnosed, undergo any necessary medical treatment, and otherwise get it taken care of. Then he would find a new job and go back to being a happy, productive taxpayer. The End.

Being laid off means that health insurance is about to end. Sure, health plans can be extended through something called "Cobra" - but in practice that means adding a sizeable new bill during a time of zero income, which is not a financially sound thing to do.

Being diagnosed with something serious while without health insurance means that all health care costs must come out of pocket. This is even less sound financially during a period of zero income. Especially if Joe Blow only has enough savings to afford being laid off OR have a medical issue, but not both at the same time.

Thus, financially speaking, Joe Blow should delay going to the doctor until after he has acquired a new job with new health insurance. Then he can discover he has now-incurable terminal cancer, and die.

Because the other choice would be to go to the doctor "now," discover he has cancer, undergo treatment, and enter financial ruin. Then he'll become homeless, possibly no longer be able to afford the rest of treatment, and die.


(Note: the above is all entirely hypothetical, of course. Entirely.) 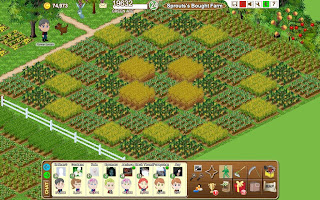 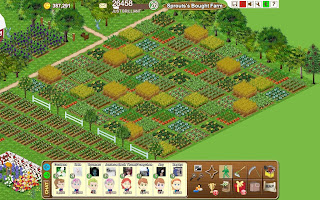 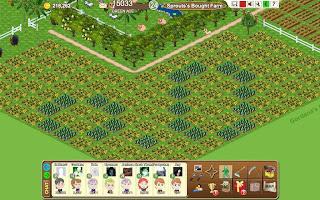 The World Is My Oyster

On the one hand, I'm going to miss this place. I enjoyed being able to do whatever I wanted whenever I wanted, so long as 40 hours worth of work got done each week. I enjoyed the scenery to, from, and during work, the relaxed pace and lack of stress. I enjoyed everything about living here, as it gave me the time I needed to rest, regather, and redefine who I am. It's been a good eight years.

But on the other hand, it's time to move on. It has been time to move on for almost a year, in fact. What once was solace has slowly become limitations and fetters. What once didn't matter now does. I can't keep pets, I can't grow gardens, I can't do a lot of things involving money that I don't have, and I'm increasingly disgruntled with the way I'm treated at my workplace. It's no longer enough just to survive. I'm rested, and now I want to live.

And so, after I got over the initial shock of being canned due to a lack of grant funds, now that I am no longer bound by honor to finish the work I've started here, what I most feel is freedom.

Slice of Life (mine)

A scene in a crummy little town in Kentucky, next to a semi wreck that has closed both sides of the interstate and forced everybody to go 15 miles on a dinky little state road...

I walk into the gas station.

The lady behind the counter finishes helping the customer in front of me, then starts sorting change.

I stand there and wait patiently for her to finish.

Eventually she runs out of stuff to fiddle with. Without looking at me, in a carefully guarded tone of voice that says "I'm being as polite as possible under such trying circumstances," she says "yes?"

I get as far as "how do I--" before she interrupts and tells me how to find the detour.

Halfway through, a man walks into the store and says something like "did you mean the red light out that way?" (Obviously he was looking for the same directions.)

The lady behind the counter drops talking to me entirely as she shifts her full attention to the other guy. The directions get clarified. I stand there and listen in. The man nods and leaves.

I say "thanks." The lady completely ignores me.

I follow the man through the door. He tries to close it on me. Then he goes back to his truck without looking back.


I usually don't bother getting offended by stuff like this, because it happens so often that it's 'normal'. But in the spirit of describing what I see that other people don't, I thought I'd share.